I’ve been using Microsoft Windows as my primary Operating System for well over a decade (since Windows 3.1). And from time to time I’ve also used various Linux (Arch, Crunchbang, Ubuntu, Mint to name a few) distributions1 2.

That changed in October of 2017 when I received a Mac mini (Macmini6,2 aka Late 2012). I won it on in an eBay auction. Frustratingly, it was my 6th attempt on eBay, but I sealed the deal with a last second bid. I chose this model because it cost less than $1k and had some upgradeability. Both in hardware (RAM, SSD, etc) and software.

I’m no longer that guy who speaks about Apple without having any practical experience with their products. My issues with Apple had mainly been the cost of hardware to performance ratio (overclocker bias). I picked that up from an overclocking forum I frequented. Overclockers despise Apple for lack of both customizability and overclocking. Sometimes there is more to computing than overclocking. ¯\(ツ)/¯

Specifications it came with: 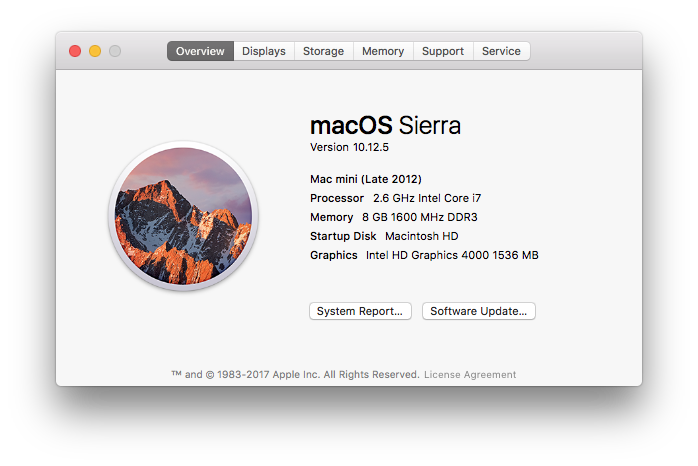 To help with system performance on my Mac mini (Late 2012), I upgraded the memory from 8 GB to 16 GB. After evaluating a few different memory models, I went with the G.Skill Ripjaws DDR3 1600 MHz PC3-12800 SO-DIMM. They had a lower Column Access Strobe (CAS) latency than the others I was looking at.

What’s CAS? CAS is the time it takes the CPU to ask for data, and then for memory (RAM) to provide it. Lower is better. Folks might argue that CAS only matters for benchmarks and that real world use won’t show a difference, but I did it anyways. Why not?

With that said, the memory upgrade from 8 GB to 16 GB was a noticeable performance boost. More so because I doubled memory.

Like most of us, I always have many applications and browser tabs open that I forget to close. The additional RAM sure helps with this. You could say I did this for the Chrome tabs. 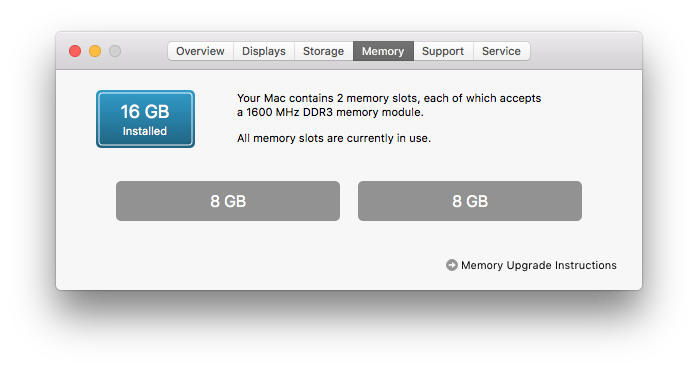 The version of macOS it came with was OS X 10.8 Mountain Lion. This version is also when they transitioned naming from OS X (spoken like OS ten, not OS X) to macOS.

OS upgradeability was one of the reasons I bought the Mac Mini. I wanted to run High Sierra.

Upgrading was easy and free of cost (at the original time of writing macOS Sierra was the latest public release). 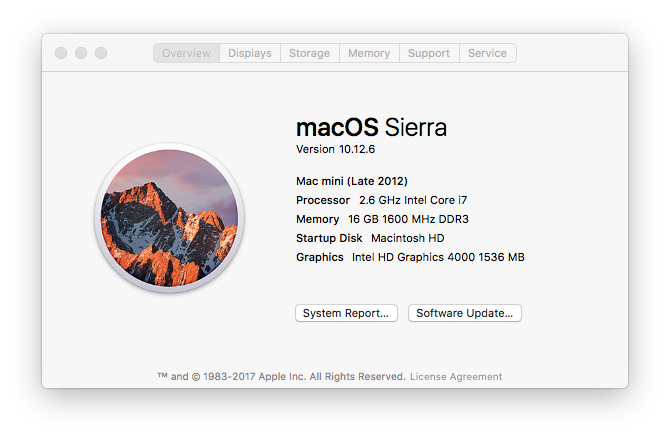 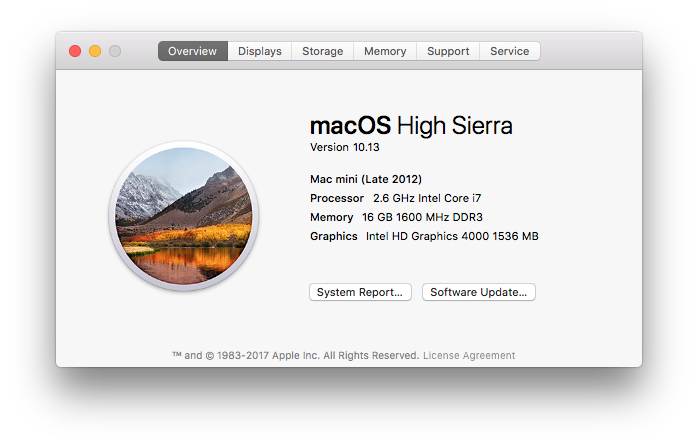 I’m only a few days in and I’m learning a lot about what I’ve been missing in the macOS world. I love it so far.

When Mojave came out in September of 2018, I was ecstatic that Apple was still pushing OS updates to their older products. I didn’t have any issues with running Mojave on it. 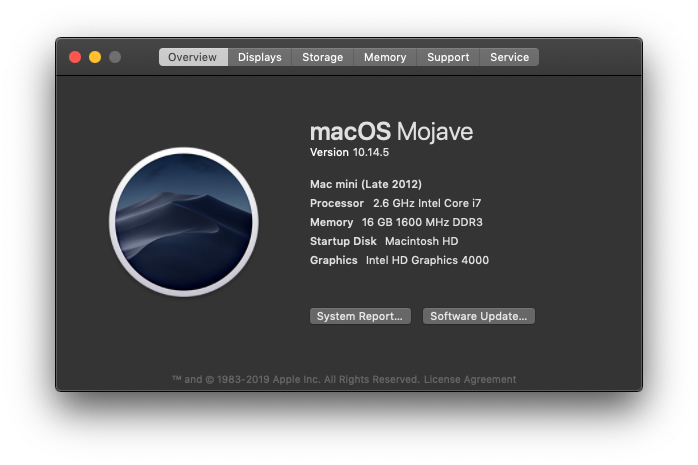 Update: I’m reading macOS Catalina will also support this Mac Mini. I think I made a good purchase back in 2017. I got a 7 year old Mac Mini that still gets software updates (I’d be surprised if I get another major OS update for it though). I’ll try to update this post once Catalina is officially released.